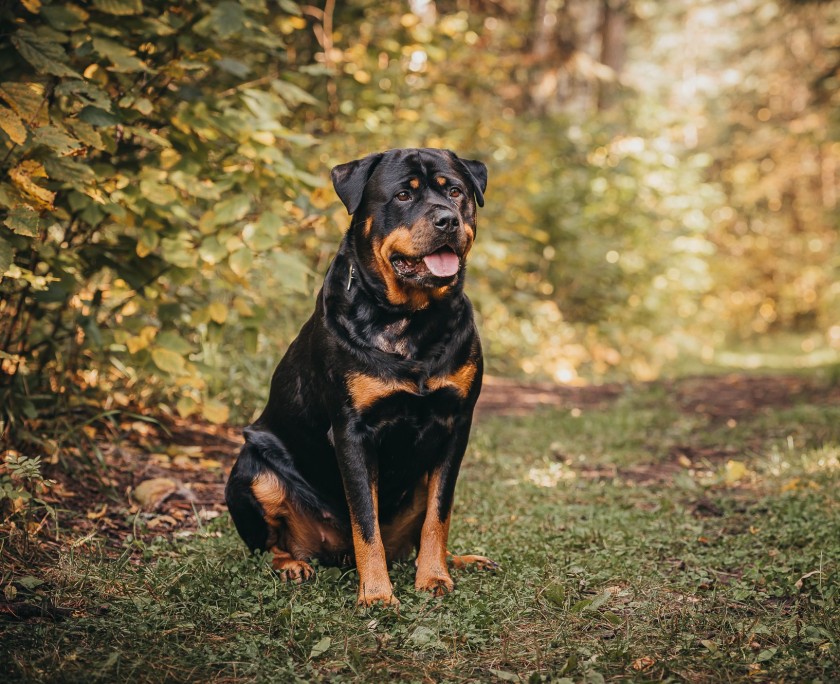 So we had a hard time deciding on Grady, despite the fact that she caught my eye at 4 weeks old.  She was not our working pick, in fact she was not even our second working pick, but there was just SOMETHING about her that I could not say no to.

So here we are …. Grady is proving to be so much more than we had ever expected ….

Grady attended her very first sieger show in September 2015 at the age of 8.5 months old, the RCC Canadian National Sieger show under ADRK judge and Kormeister Helmut Weiler from Germany.  I was pleasantly surprised how well she showed, clearly hand stacking is an acquired taste for her while free stacking and baiting for the sieger show was her thing.  She earned a VV1 rating!!

Above is Grady earning her Rally Advanced title in May 2018

April 30, 2016, Grady got to see sheep for the very first time at Y-Knott Ranch in Okotoks, AB, and thanks to Billie Richardson for seeing a little more than met the eye with her, and allowing her to see the big flock of sheep to let her inner ‘herding dog’ out, Grady passed her Herding Instinct Certification on the first try!

Grady started her working career in August 2016 with her first two runs in CARO rally.  She did pretty well consider it was her first time in the ring and this was an outdoor trial.  She ended up with 2 High in Classes and her first two legs of her CARO Rally Novice title.

In September 2016 we ventured back up to Edmonton for the Rose County Canine Association’s UKC obedience and rally trials.  I have come to enjoy this club’s trials, it is a very welcoming environment, and great for ‘green’ dogs.  These were also outdoor trials and Grady did 3 rounds of rally level 1, and I am happy to report that with marked improvements with each trial, working and score-wise, she earned her first working title, her last leg being a fourth in class placement!

September 17, 2016, the Foothills Gazehound Club ran their last CAP test of the season and Grady was able to run this one!  To say she LOVED chasing the ‘bunny’ is an understatement …. she earned the first leg of her CA title with flying colors.  No pictures of her flying through the air, hopefully in the spring when the season starts up again we will get a few 🙂 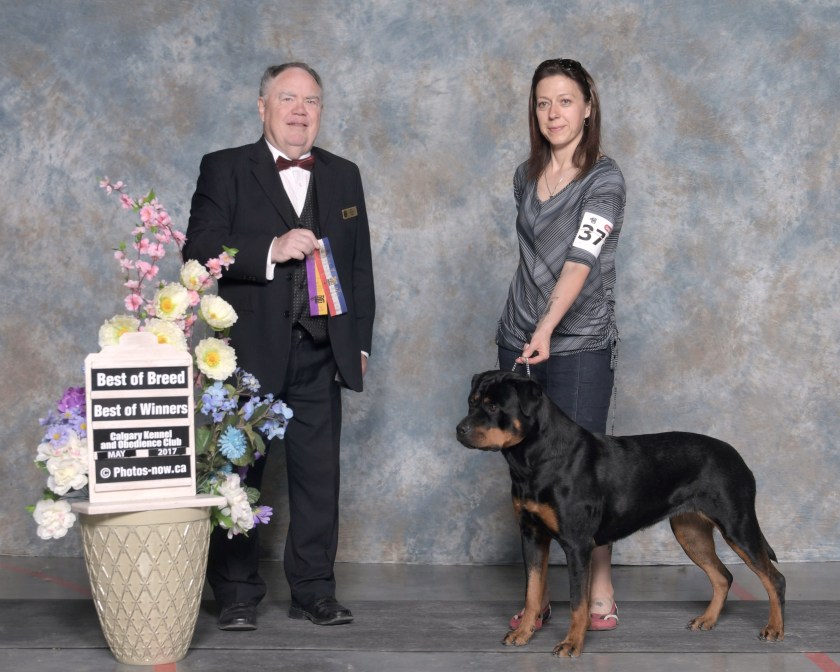 First show of 2017, January 20-22, Alberta Kennel Club here in Calgary, Grady was entered in conformation for the first time since the fall, and in only her third show weekend, and she came away from this weekend with HALF of her Canadian Championship points going Winners Bitch and Best of Winners on Friday under Peggy Gutierrez-Otero (Mexico) for three points and Winners Bitch on Sunday under Cec Ringstrom (Canada) for 2 points.  Icing on the cake was that Grady also handled as though we have been taking handling classes LOL

May 14, 2017, Grady and I attended the local CKOC dog show two of the four days to see if the handling classes that we have been attending have started to pay off. Well, the Sunday she earned another point towards her Championship going Winners Bitch, Best of Winners and Best of Breed!!!

In June, Grady and her brother Red both earned their Temperament Test Titles passing the test with flying colors. Anyone that knows Grady knows how huge of an accomplishment this is.  Good pups!!!

August 3-6 2017, Grady earned her Draft dog title at the Rottweiler Club of Canada draft test held here in conjunction with the National specialty at the AKC show at Spruce Meadows.  She worked her heart out and made me so proud!  Special thanks to judges Paul Bagnall, Lisa Williams and Judith Snowdon for awarding us this title!

Onto the AKC show and the National Specialty.  Grady was awarded the Best Bred by Exhibitor award in conformation, also earned three scores in Rally Novice (97,97, and a 99) with a second in class and Highest Scoring Rottweiler in Rally in a supported booster, as well as a High in Class.  This did not complete her RN as all three of these scores were under judge Darwin Boles, our trial under the only other judge conflicted with the national specialty and thus we had to miss it.  Bummer, but we will finish that once very very soon!

In September 2017 at the CKOC show in Okotoks, AB, Grady had a great weekend.  She finished her Rally Novice title with a High in Class perfect score of 100!  She also earned the first leg of her Rally Intermediate title with a High in Class score of 99.  She and I entered the obedience ring in CKC sports for the first time, and Grady qualified and earned her first PCD leg (no scores are given in Pre-Novice, just pass or fail).  She also went Best of Opposite Sex in conformation both days entered, for no points 😦

November 2017 we finished off with a bang.  Grady earned her Canine Good Neighbor title with no problems at all.  Proud of this little girl and how far she has come!

She also finished off her Rally Intermediate title with two High in Class scores of 99 and 93.  Now onto some obedience and rally  WITHOUT the leash (eek).

Now onto 2018 and in March we headed north to Edmonton for the RCCA UKC Obedience and Rally Trials where Grady earned the first 2 legs of her Novice Obedience title (UCD) with a 4th and 3rd place in each of the two respective trials she was entered in.  She showed me some lovely work and some areas we need to work on but overall I was very pleased with her.  She also earned the three legs needed to complete her Rally Level 2 title (URO2) with three amazing rounds and with a third, second and a first place score in each (97/99/99).

In April 2018 we went up to the show in Red Deer for the day where Grady earned the first legs of both her Novice Obedience title and her Rally Advanced title both with High in Class scores!! 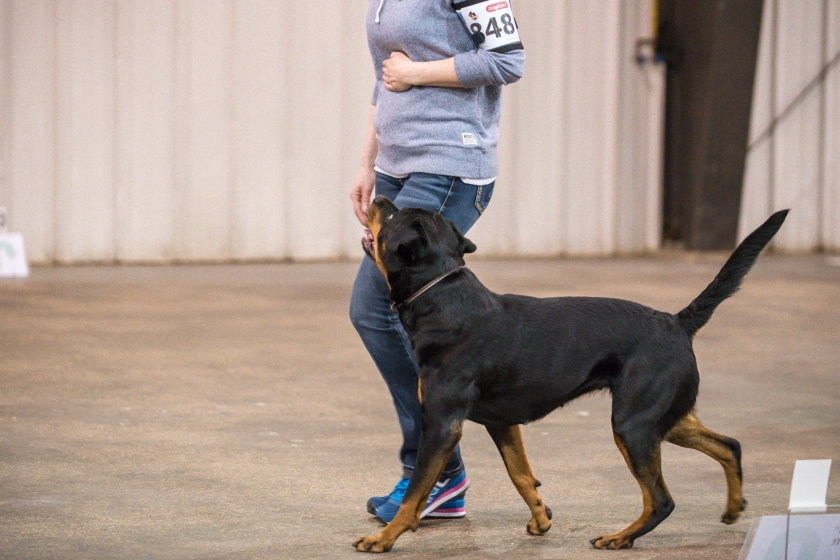 I am super excited to report that Grady finished her CKC Novice Obedience title at the Rottweiler Club of Canada Regional Specialty in Calgary, August 4, 2018 with a score of 198.5.  This score was not only High in Class but HIGH IN TRIAL under the amazing judge Michael Calhoun!  To say I was over the moon would be an understatement!

She also earned her first RE leg at the Specialty with a third place score of 95!

In September 2018 in Edmonton, Alberta, Grady finished her UKC CD with 2 fourth in class scores.  She also earned the first leg of her Rally Level 3 title beating her momma Scotia by one point for High in Class and High in Trial rally.  The next day at the CKOC show back in Calgary she earned the second leg of her CKC RE title also with a High in Class!  So proud of her!!

2019 began with both Grady and Scotia earning their Novice Trick Dog titles during the coldest February on record in decades …..

Grady finished her Rally Excellent title at the local CKOC show in May with a third in class score of 97!

She also earned her Intermediate Trick Dog title in July!

Grady wrapped a quiet 2019 by placing #4 Rally Rottweiler in Canada in very limited trials and earned her Rottweiler Club of Canada Hall of Fame and Versatility awards!