April 10 – Kenzie earned her Herding Instinct Certification under evaluator Billie Richardson at the age of 10 months. She did so well, I was really pleased with her and her sheep 🙂

April 9 – Scotia did not want to be left out of the Alphabet Challenge so she earned her AtoZ as well ❤️! Way to go best girl dog!

Juno and Grady both earned their Alphabet Challenge Specialty title (AtoZ) through Do More With Your Dog! Which is a title where we had to do 26 tricks from A to Z. The links to their YouTube submission videos are here! They were the first and second Rottweilers in the world to earn this title!

February 13 – not only was this Juno‘s 3rd Birthday, but we received word she earned her Cooperative Care Certificate Level 1 title with a perfect 10/10!

February 20 – Grady earned her Fenzi Team Level 1 title with all passes! This was incredibly challenging for both Grady and I but we really enjoyed doing it!

February 27 – Juno earned her Cooperative Care Certificate Level 2 with another 10/10!

So this entry represents a fairly busy January for our girl dogs …. busy without having classes or shows and trials!

I needed something to kick start my wanting to get out and work and train despite no foreseeable upcoming events and this is the result.

Scotia has 3 more title submissions waiting to be sent, I am holding off to get a few more video submissions ready for Kenzie before doing so.

Kenzie earned her MASP and HASA (Acrobat: Home through UCAS) and her Novice Trick Dog title through DMWYD.

Both Grady and Juno went full tilt and earned the following:

These Acrobat stream titles through Universal Canine All Stars (which is a Canadian 🇨🇦 organization, so we are happy to support them) are mix of obedience and dog parkour which Is right up both Grady and Juno’s alley!

Now you may ask why I would bother doing all of this? All of the titles above cost money, and only the trick dog titles are recognized by the CKC, but it is so much more to me. These titles above represent many hours of videoing( and deleting and repeating 🤪) exercises, travelling to new places to make sure we have obstacles that were correct and in the correct environment as per the guidelines we were following, making sure a young, very green dog is starting to understand what I am asking of her. Doing all the things that I can while I can’t do all the things I usually do each week under normal circumstances. We haven’t done a video in a week and it feels weird …..

Shout out to the COVID 19 Pandemic for almost no shows, fewer classes, and a general, overall malaise ……

We did our best to do what we could!

Grady earned her Advanced and Expert Trick Dog titles from DMWYD, her Novice Sprinter title but most importantly, she had our amazing ‘Scottish Whisky and Spirits’ litter in June!

Juno earned her Intermediate and Advanced Trick Dog titles from DMWYD, her Novice Sprinter title, her Temperament Test title, and the icing on the cake was her completing all of her health testing!

Kenzie joined our family in June when her momma Grady had her :). She has been busy training and learning and in October she earned her Training Level Parkour title!

October 25 – Kenzie earned her first title at 19 weeks old by finishing her Training Level Parkour title (PKD-T) with Paws N Relax! She loves Parkour and we hope to continue on with new sport!

October 3/4 – All three big girls enjoyed some running this weekend at the Foothills Gazehound Clubs Sprinter tests. Juno, Grady and Scotia all finished their Novice Sprinter titles!!!! Even little Kenzie got a puppy practice run!!

September 13 – Scotia attended what will likely be her only rally trials in 2020 (thanks Covid :/) held by the Bernese Mountain Dog Club. I am happy to report she earned her 4th RAE leg ….

All of our puppies went to their new homes, we will have a page added for the little girl that we kept very soon!

August 30 – Juno earned her Temperament Test title at the CADF test that was rescheduled from spring due to COVID. It is so nice to be able to attend a few dog events again after so many months ….

Grady is confirmed pregnant and we are eagerly awaiting her babies in June!

January: Grady earned both her Rottweiler Club of Canada Hall of Fame and Versatility awards!

January 24: All three girls were busy during our recent super cold snap here in Calgary doing some really cool tricks and earning some titles while doing it.

2019 Rally Standings are out and we are super pleased to announce Scotia is the ranked NUMBER 2 Rottweiler in Rally Obedience in Canada for the year.  Grady ranked #4 in Canada and Red ranked #6!

December 1 – We wrapped 2019 with our own club trials (Cal K9 obedience Club) and the Bernese Mountain Dog clubs Rally Trials …..

Scotia and I ran 4 rounds in rally where she earned her 4th RAE leg with 100 (HIC) in Excellent and 97 in Advanced which also earned her the High Combined Score for that trial.

October 11 – Red Deer And District Kennel Club, Scotia earned her third RAE leg with a 99 in Advanced (Second in Class) and 100 in Excellent (HIC) …. and happily Juno passed her OFA Echocardiogram, the first of her BIG health clearances …. phew

October 6 – The Newfoundland Dog Fanciers Assoc. held their inaugural Sprinter tests in conjunction with the Foothills Gazehound Club and I am happy to report that Scotia earned another 73 points towards her Novice Sprinter title.  Juno naturally came into season 2 days before the test so she gets to wait until next year to run again

August 25 – Foothills Gazehound Club ran another Sprinter test and both Scotia and Juno ran!  We are happy to report Juno finally figured it all out 😂 …. and she was only 2.5 kph faster than 8.5 year old Scotia.  Hopefully we will have a few pics from the event later this week!! Both earned points towards their Novice Sprinter titles😊!

August 2-4 Alberta Kennel Club  – We had a fairly busy few days 🙂 … Juno went Reserve Winners Bitch both Saturday and Sunday, although we do need a bit of work on moving out on leash less like a gazelle.

Both Scotia and Grady earned their Intermediate Trick Dog titles through Do More With Your Dogs!

Juno earned her first points towards her Novice Sprinter title at the Foothills Gazehound Club’s inaugural trials!  What fun!!!

CKOC Dog show in Calgary (we were only there for the Sunday of the show), Grady finished her Rally excellent title with a third in class score of 97! 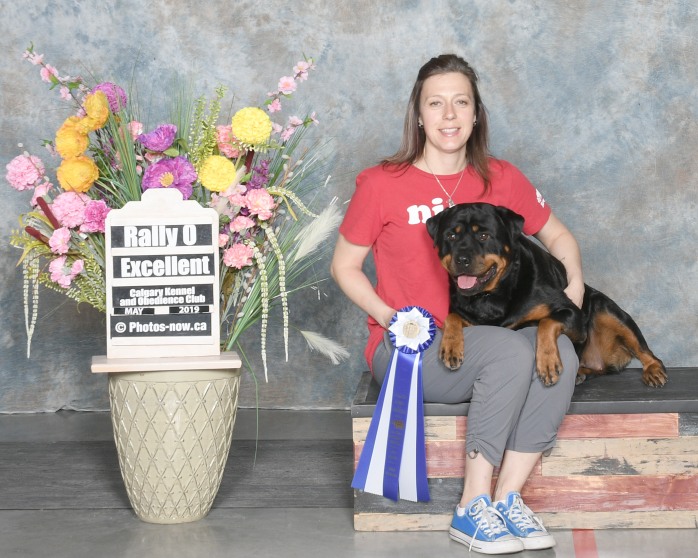 Juno had a busy month, she earned her Novice Trick Dog title through Dog More with Your Dog and then she got to play with sheep for the very first time with the Alberta Australian Shepherd Enthusiasts Club’s Herding Instinct Certification  with the amazing Billie Richardson testing.  She passed and did really well, so we are super pleased.

Juno and Scotia both had did their OFA eye certifications and they both came back with Normal results, which will be submitted soon!

February 17, 2019 – Scotia and Grady earned their Novice Trick Dog titles through Do  More With Your Dog during an extreme polar vortex here in Calgary ….

Off to a great start I think!